If you have ever been curious about Tibetan Buddhism, then you need to read this amazing story about how two chakra healers from Texas worked with an ancient Tibetan monastery to create a truly unique necklace that’s taken America by storm.

Let’s be honest, when you think about Tibet, you imagine beautiful monasteries nestled amongst mountains, filled by monks wearing orange robes.  The last thing on your mind would be jewelry!

However, one of the most ancient monasteries in Tibet, the Drepung Monastery, is changing this perception with a powerful new necklace design which it developed with the help of two American jewelry designers.

Dr. Edward Yu and Vivian Yu are two siblings whose Tibetan parents immigrated to Laredo, Texas in the 1980s. They grew up to become top-level chakra healers who have performed spiritual work for celebrities including Serena Williams and Julia Roberts. After a three-years long trip to their parents homeland in Tibet, they came home to found Devacrafts, a spiritual jewelry company that combines their knowledge of crystals and chakra healing with the spiritual traditions of Tibet. Every single jewelry piece is made with input from the monks at the Drepung Monastery to ensure their authenticity and alignment with Tibetan traditions.

It’s not just the stunning beauty and craftsmenship of the jewelry that’s taking America by storm. It’s the spiritual power of the jewellery which make full use of the chakra healing powers of crystals such as Lapis Lazuli, Red Jasper and Moonstone.

The use of malas (a mala is a string of 108 prayer beads which is traditionally used as a meditation aid but can also be worn as a necklace or a bracelet) is an ancient and integral part of Tibetan Buddhist spiritual practice. They are used to count mantras and keep track of spiritual progress during meditation.

By combining Edward’s and Vivian’s knowledge of chakra healings with the authentic spiritual traditions of the Drepung Monastery, Devacrafts has come up with truly unique, spiritually-powerful Mala designs that are already grabbing the attention of spiritually-conscious celebrities. 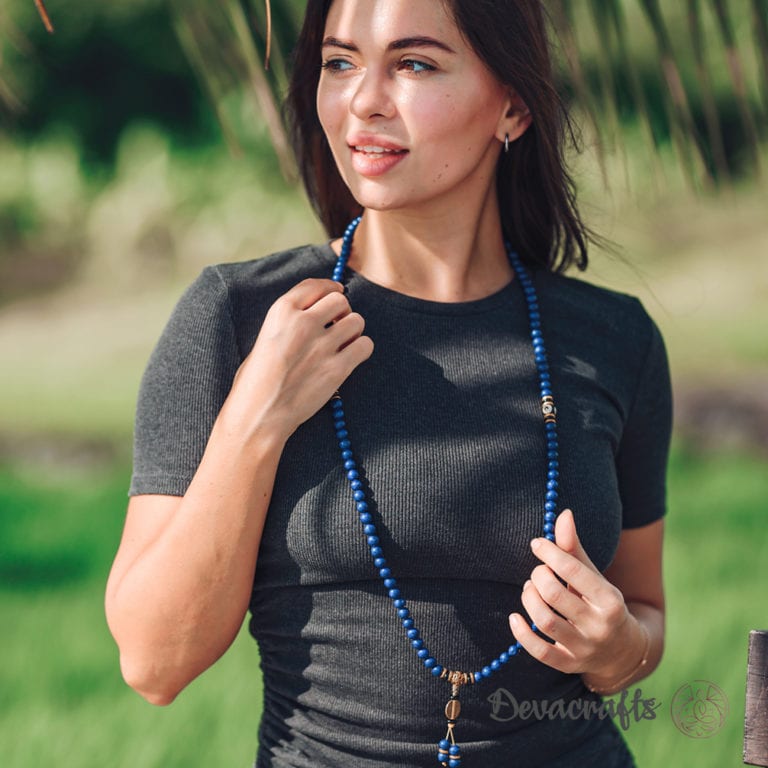 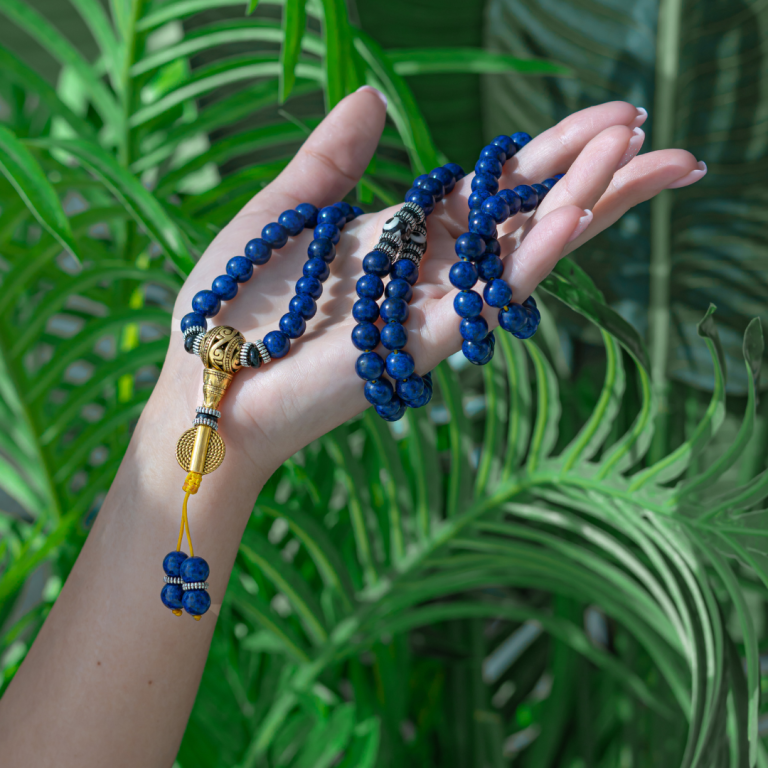 The Mala designs are guaranteed to win the adoration of your friends and family. They can be worn either as a necklace or wrapped around the wrist like a bracelet.

One of the most popular designs released by Devacrafts is their signature Lapis Lazuli Mala.

Lapis Lazuli - the stone of the Third Eye Chakra

The Drepung Monastery selected Lapis Lazuli for this mala design because of its association with the Third Eye Chakra – the chakra that connects the physical world to the spiritual world. It has been praised for its spiritual potency since the time of ancient Egypt (where Lapis Lazuli was considered even more valuable than gold). Unblocking the Third Eye Chakra allows on to unlock innate mental abilities such as manifestation, prophecy and clairvoyancy.

This mala was specifically designed to have 108 beads, which is an important and spiritual number in Tibetan culture. When the number 108 appears in our lives, it is said to mean we are about to attain  a long-desired goal or achievement.

If you meditate or are interested in getting into meditation, learning to meditate with a mala like the Lapis Lazuli mala is a no-brainer. The counting the mala beads whilst you meditate will help you keep track of your progress and stay focused on your practice. Not only that, the physical sensation of feeling the Lapis Lazuli beads has been scientifically proven to enhance meditation effectiveness and create a more soothing and centering meditation experience.

Working with Dr. Edward and Vivian to release the Lapis Lazuli mala design in America represents the culmination of the Drepung Monastery’s efforts to share Tibetan Buddhism with the world. By making these traditional spiritual tools more accessible, the monastery is able to share the teachings and practices of Tibetan Buddhism with a wider audience.

The Lapis Lazuli mala from the Drepung Monastery is a unique and meaningful addition to any spiritual practice. The combination of the spiritual powers of Lapis Lazuli, and the spiritual form of the mala creates a powerful talisman that allows anyone to unblock thier Third Eye Chakra and gain access to extraordinary mental abilities.

When you purchase a Lapis Lazuli mala from Devacrafts, you can trust that you are getting a piece that has been crafted with care and respect for its spiritual significance. 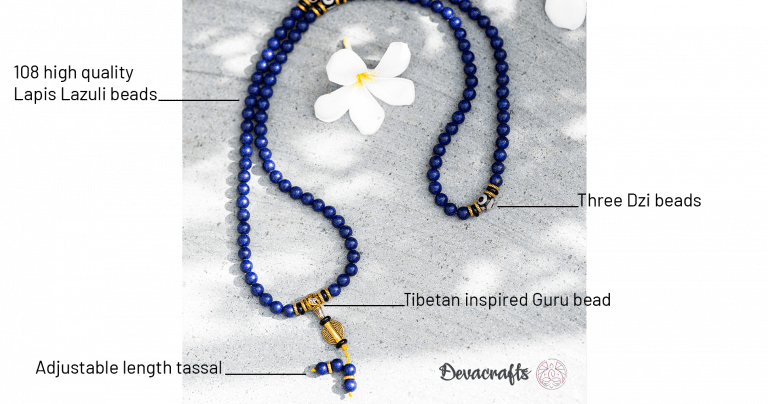 As a special introductory sale, Devacrafts is now offering 40% Off + Free Shipping to all new customers.

Plus, if you aren’t totally happy with your Lapis Lazuli Mala, return them for a full refund within 14 days. No questions asked!

The Lapis Lazuli Mala makes a great gift for both men and women! Click here to check Availability >>

Click the link above to see if Devacrafts is still offering a 40% discount and free shipping.